This is the last of three posts about the coordinate systems used throughout Dygraphs.
Dygraph Percentage Coordinate System


Update: Yes, it's really the fraction of the drawable area (from zero to one) rather than a percentage (0 to 100.) If we rename the methods, I'll update this post. 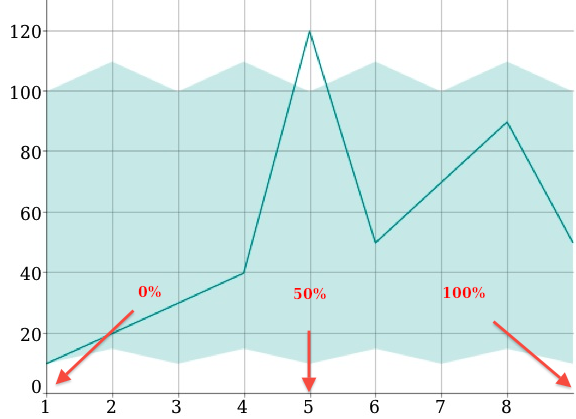 toPercentXCoord takes a data X data value and converts it to a percentage from the left edge of the canvas. This diagram gives you an idea:
And to hit the point home, here’s a snippet of code which demonstrates values created by this function: 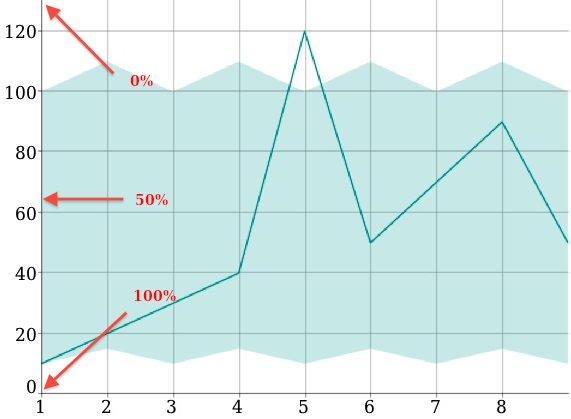 Converting percentages back to data coordinates can be performed with this function:

and a similar one for y-axis conversion. Validation is left up to the reader.

Each coordinate system has its own origin: 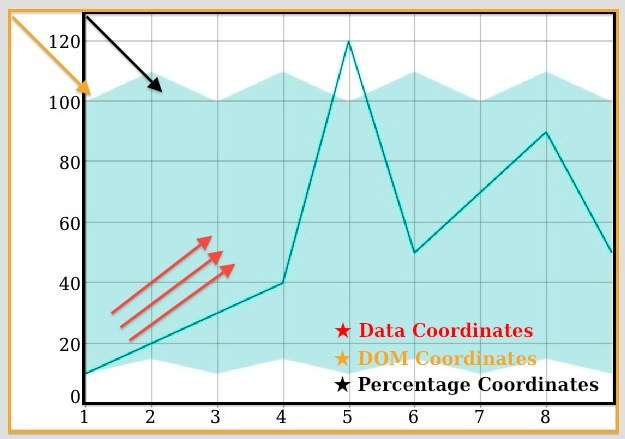 API that can be used for translating between these coordinate systems are:
Posted by konberg at 7:20 AM